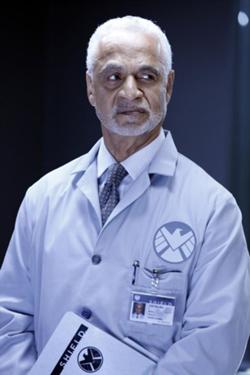 Great to see Ron Glass (Shepherd Book from Firefly) in this latest venture from Whedon, I’m glad he had more than a brief cameo in the first episode.

Dr Streiten was a high ranking medical officer within SHIELD, with clearance of at least level 7. When Coulson confronted him about the operation that brought him back to life he said that Fury had brought him in to assist and that he thought the procedure was morally wrong.

As far as I know he has no analogue in the comics, drop a comment if I’m wrong. 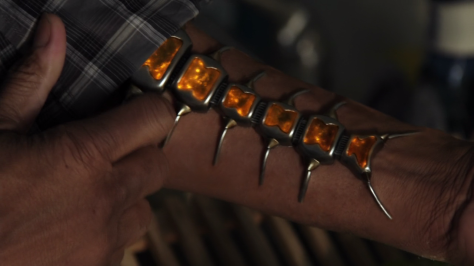 This implant was created by a group, also named Centipede, to create custom-made super soldiers. Taking it’s name from the insect it resembles the implant combined a number of elements: a serum imitating the work that created Captain America, gamma radiation similar to the Hulk experiment, alien metals and extremis, the volatile enhancement drug created by AIM and shut down by Tony Stark

These elements, particularly the latter, were unstable and caused at least one subject to explode. The device was eventually stabilised and used by Deathlok and a number of enhanced soldiers, though they were eventually defeated by SHIELD

The latest short features Zeb, another Ghost crew member. Unlike Obi-Wan he doesn’t mind Imperial entanglements, whether he does it to help the innocent or just for good fun is hard to tell!

I like his weapon, similar to a magna guard staff

Incapacitating Cartridge Emitting Rifles, previously known as ‘the night night gun’ was designed by Fitz and Simmonds as a nonlethal weapon to incapacitate armed and dangerous targets

The bullets break up on contact with skin, and then deliver paralysing dendrotoxin to register the target immobile. The team used them extensively to take targets alive for questioning. The rifle was even used to deliver an antidote to a hostile Mike Peterson.

A set of seven quadcopter drones each named after ones of the dwarves from Snow White, the Drones Wirelessly Activated to Retrieve Forensics are equipped with an array of scanners between them to analyse and collect data.

The drones can operate semi-autonomously or be directly controlled by Fitz or Simmonds via their tablet devices. The dwarves have proved their worth on several missions, even serving in combat as a diversion and redirection tactic.

The second Rebels short has been released, featuring Sabine and her love of sabotage and colour

I assume this is set after the previous film as Sabine calls the crew of the Ghost whereas she doesn’t seem to be onboard in the first short – whether she was just absent or hadn’t joined the crew yet I can’t tell. 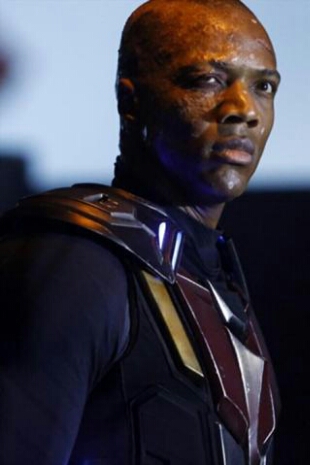 This is the first if what will be a significant amount of posts covering a backlog of content I never got round to on my old blog – hopefully with some up to date stuff sprinkled in too! In these posts I will cover significant characters and other items from the series

Mike Peterson is one of the primary characters of SHIELD with a twisting story that sees him on both sided of the conflict. Injured and unable to work, struggling to support his son Ace, he was offered rehabilitation by a mysterious corporation, who turned out to be project Centipede, who were trying to create super soldiers for Hydra

An accident at the lab gave Mike the opportunity to demonstrate the super strength the Centipede implant give him and was branded a superhero by the media and came to the attention of SHIELD and the rogue hacker Skye.

After the dangerous elements of his implants were neutralised he joined SHIELD as a covert operative. This was short-lived as Ace was captured and he was forced to betray Coulson into the hands of Hydra. His leg was damaged in an explosion and replaced with experimental technology, further implants gave him body armour and other enhancements.

Controlled by an explosive implant in his eye he carried out several high profile attacks for Hydra, and was forced to go up against the very people who saved him. When Skye freed Ace, he finally was able to turn on his captors. He refused to rejoin SHIELD, needing time to find and redeem himself before facing his son again.

Michael Collins was a worker programming cybernetic limbs, wen he found out they were for weapons he was betrayed and woke up in a cybernetic body he could not control. Eventually he got control back and used his abilities for good.

Star Wars Rebels: “The Machine in the Ghost” Short: http://youtu.be/dgoDwquiwRM

Amid a slew of trailers and information about the new Star Wars animation comes this short movie set before the series and before the whole gang gets together.

It’s exciting to see as I don’t know when I’ll get chance to watch the show, a lot of nods to the original trilogy in this, the way the TIE fighters swooped in was very reminiscent of A New Hope – I also liked how the targeting visuals were the same as in the original trilogy.

Rebels airs in October on Disney