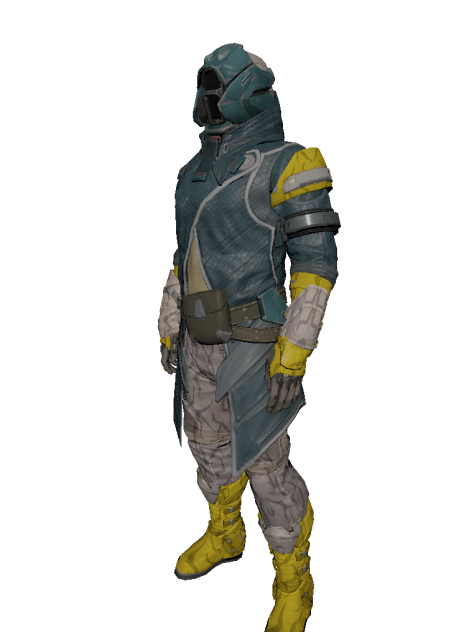 This is my Guardian’s latest outfit – not much has changed apart from the Vector Oath helmet, though I do have some nice new weapons that I’ve picked up along the way.

After escaping the clutches of the Fallen I limped back to the Tower in my barely flight worthy Arcadia class jumpship. Jumpships have a warp drive capable of interplanetary travel at high speed and are used by Guardians to take on the enemy in territory that was once ours and will be again.

My ship hobbled its way to the City, which lies in the shadow of the Traveler, the last safe place on Earth. The Tower is a defensive installation on the outer walls that also serves as home for the Guardians of the city

The Traveller is a great mystery. Discovered on Mars it gifted mankind with many great discoveries and the ability to wield its Light, which launched humanity into a Golden Age. But its enemy, known only as The Darkness attacked and drove it and humanity to the brink of extinction. Now it lies dormant over the last city of Earth, though its Ghosts continue to seek new Guardians to wield its Light and fight back against the agents of darkness.

Ikora was one of the foremost Vanguards of the City, often venturing far out into the solar system on her own. Now she remains in the Tower, aiding and training Guardians who choose to become Warlocks. She equipped me with some much needed armour and training.

After speaking to Ikora I visited the Hangar, where my ship was being patched up by Amanda and her crew. Amanda is the lead engineer in the hangar. She also sells designs for Jumpships and Sparrows, which can be manufactured for Guardians by the City’s foundries.

The recent Disney D23 expo gave a whole host of reveals including Pixar’s new lineup of Cars 3 (snore) Finding Dory (heard about this one, so glad it’s confirmed!) Toy Story 4  (really?!! But no. 3 was so good and a great ending – this is too much, but yeah ok I’m sure I’ll love it!) and Incredibles 2 (Yesss! Finally it’s happening!)

Of course with Disney owning the license on everything cool the expo had a few major reveals including a sneak peak at Captain America: Civil War and Doctor Strange for those fortunate enough to attend.

One such reveal was this image of the Rogue One cast as well as a full cast list which includes the main star Felicity Jones, Forest Whitaker, Mads Mikkelsen and Firefly’s Alan Tudyk.

This image is of the rebels who band together to steal the original Death Star’s plans. The story is said to be darker and less morally clear than the trilogy films, but I hope it doesn’t lose that Star Wars feel in it’s attempt to give a ground-fight view of the Rebellion.

I can’t wait for this – I never thought we’d get a sequel to the amazing Halo Wars and with Ensemble studios closing I thought that the possibility was gone forever but it seems 343 have found a new working partner in Creative Assembly, known for the Total War franchise.

I really hope that the new developer will keep the really great features that made the first game console-friendly and fun.

The Brute antagonist poses a lot of questions, particularly about when it’s set. With all the cool stuff moving forward it might be nice to go back to early in the war as we did in the first game. 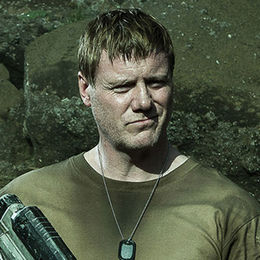 Born in the city of Hull on Earth, Randall grew up with stories of maritime sailors from his father. He was abducted into the Spartan-II programme at a young age and designated Randall-037. One one if his missions he was stranded on a remote colony and presumed dead. He married and had a daughter before ONI found him. Refusing to rejoin he had his augmentations removed and moved to Sedra, taking a position in the Colonial Guard. After losing his daughter to a Covenant extremist attack he led to mission to the Halo shard and voluntarily stayed behind to destroy the rare element which harmed only humans.

Born on the colony world of Sedra, Macer grew up under the influence of her father, an officer in the Colonial Guard until he was killed on a mission. After falling in with the wrong crowd and ending up in prison she decided to enlist in the Guard to honour her father. Macer had a strong knowledge of physics and was capable of piloting a variety of spacecraft. She survived the mission to the Halo shard along with Locke.