Apparently you readers can’t get enough of my series 1 review so with series 3 on the way here in the UK I thought it was high time to do a review of the second installment of the post apocalyptic action series.

As before I’m not going to attempt a proper review but rather pick out the elements I really enjoyed.

Mount Weather and the Mountain Men

Mount Weather (inspired by a real US facility) was originally the intended location for the 100 dropship, who landed in the territory of the Wood Clan. After their war with the ‘grounders’ came to a head the Mountain Men took them in offering them shelter. After Clarke felt it was too good to be true she exposed the truth that they were using grounders as a remedy to their inability to tolerate radiation by draining them if their blood. While their President planned to integrate the 100 into the gene pool others favoured a more radical approach, harvesting their bone marrow to provide a permanent immunity. This action forced Clarke to irradiate the base, killing innocent and guilty alike.

Also known as the Woods Clan (tree crew) or Grounders we got to know a lot more about these people through this series. Living in Tondc (formerly Washington D.C.) these survivors are descended from those who resisted the effects of nuclear fallout in Earth. They speak their own language (a very clever form of distorted English using slang terms, one of the strengths of the show) though some speak English. Despite being great in number they live in fear of the technologically superior Mountain Men  with Lexa their leader making a deal with their President during an assault on the facility to release their prisoners.

While I slammed the Reapers in my Series 1 review the second series really fleshed them out when Lincoln was captured by the Mountain Men. The Cerberus programme makes captured Grounders dependent on drugs while also inducing fear of a toning device. The result produces cannibals who bring in captives for the Mountain Men in exchange for more drugs. Lincoln was eventually freed from this procedure and the project ended with Mount Weather.

We also got a bigger look at mutations, with some seriously overpowered animals as well as humans with non beneficial mutations who are shunned to keep them out of the gene pool.

The City of Light was also quite a big plotline, but I think it will be fleshed out more in the next series so I won’t say any more. And that’s it till the next post!!

An intriguing trailer with an even more intriguing title. What is going on in this film and where’s the monster?!!

My aim is to blog through this and ideally finish before Episode VIII comes out!!

I’m sourcing most of this from the Visual Dictionary and taking it’s scene-by-scene approach.

BB-8 is a BB series astromech droid assigned to Poe Dameron who gave him a custom orange paint job. When Poe left the New Republic for the Resistance BB-8 went with him. BB-8 accompanied Poe to Jakku and was the first to spot the approaching First Order. When his ship was damaged Poe gave vital data to BB-8 who carried it across the desert, coming into contact with Rey and soon after Finn. Deciding to trust them he left the planet. His custom colouring became a problem as he was recognised on Solo’s ship and later at Max Kanata’s fortress. After escaping to the Resistance he was reunited with Poe and flew with him on the battle of Starkiller base. After the battle he paired his data with R2-D2 to reveal a map to Luke Skywalker.

Born to Rebellion freedom fighters Shara Bey and Kes Dameron, and raised on Yavin  4, site of the first Death Star’s destruction it is hardly surprising that Poe became a leading figure of the Resistance.

After serving in the New Republic in Rapier Squadron Poe became frustrated with the Republic’s failure to take the threat of the First Order and so left to become part of the Resistance. A skilled pilot and trusted agent he was dispatched to Jakku to find the location of Luke Skywalker but was captured by Kylo Ten. Briefly rescued by the unexpected intervention of Finn he was then shot down on Jakku. Returning to the Resistance he led the assault on Starkiller base, delivering the final blow in his X-Wing.

Possibly the nerdiest series of posts I will do. I’ve always had a fascination with the animal named vehicles in Halo and when I spotted that my local Zoo had warthogs and mongeese in the same paddock I couldn’t help but smile and then I had the idea to do a series of posts taking pictures of the animals and sharing some details about them. I will be posting in order of appearance in Halo media starting with Combat Evolved and whether they are present in the zoo.

Bumblebees are members of the bee family with large furry bodies. They are distributed across the whole of the Northern Hemisphere and South America. There is a known controversy in which it was purported that the flight of bumblebees was a technical impossibility, though it has since been proven otherwise. Bumblebees are important pollinators so their recent decline is a cause for concern. 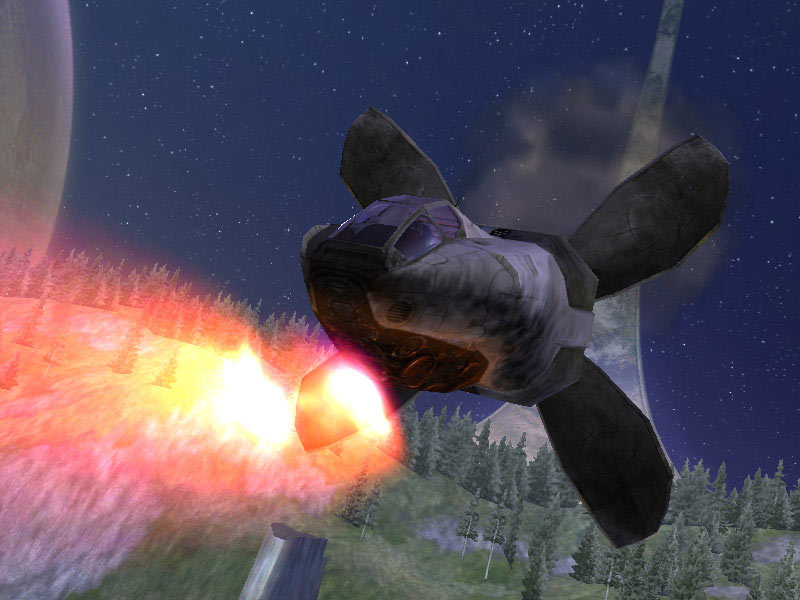 The Bumblebee is the standard escape pod aboard UNSC vessels. The craft can carry eight personnel as well as a pilot who guides the vehicle
and controls the landing. Master Chief took an escape pod from the Pillar of Autumn to crash land on Alpha Halo, no other crew survived.

By the time I got to this one I was just waiting for Star Wars to start!!

Looks cool, but I’m not overly wowed – maybe it’s been too long. Though it does feature Jeff Goldblum mumbling as he stares up at something big and scary – which is a tried and tested recipe for an awesome movie!!