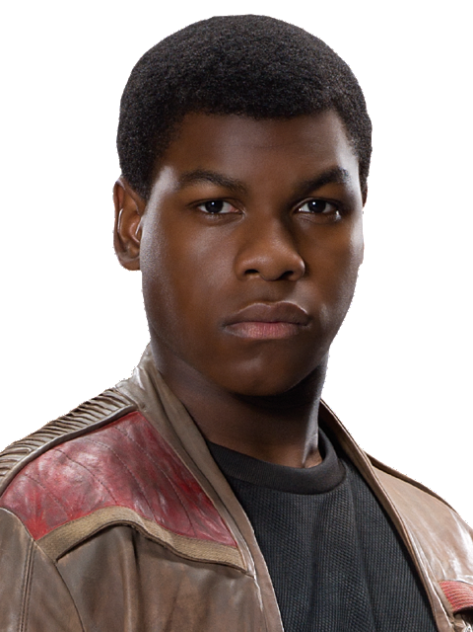 FN-2187 was the designation given to a child taken from his family at birth then raised and indoctrinated to fight for the First Order.

When training in battle simulations he was praised for his combat effectiveness but criticised for prioritizing his squad mates lives ahead of the mission. Eight-Seven had a range of mission experiences from storming a New Republic outpost to working sanitation on Starkiller base.

His squad was deployed to Jakku, shocked by the death of his comrades he saw and refused to participate in the slaughter of civilians. Fearful of being discovered he rescued Poe Dameron, who gave him the name Finn and crashed on Jakku.

Believing Poe to be dead he made his way to Niima outpost where he ran into Poe’s droid BB-8 and Rey. When the First Order assaulted the outpost they escaped on the Millennium Falcon encountering Han Solo, death gangs and nearly being consumed by Rathtars in the process.

After safely arriving on Takodana Finn planned to hide in the Outer Rim but returned to the fight when Rey was kidnapped. He gave vital Intel to the Resistance before returning to Starkiller base to rescue Rey. He forced Captain Phasma to lower the shields then helped critically damage the thermal oscillator with Rey.

After witnessing Kylo Ren kill Han he ran into the woods with Rey. After battling Kylo Ren he was seriously injured and is currently undergoing surgery at Resistance headquarters.