We were all hoping for a single player campaign but what they’re offering looks amazing!!

Exploring post-Endor from the perspective of the Empire is a real cool idea. I’m hoping we’ll see them fight some new threats as they stake a hold in the Unknown Regions

I wanted to wait until I watched the panel before sharing my delayed reactions to what we see in this and of course weigh in with my opinion on Luke’s words!! 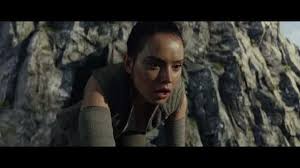 We open with what looks like stars and transition to Rey. We see a lot of images of her training on Ach-To. It seems that she is maybe not following Luke’s rushed path and will actually take the time to complete her training properly.

When Rey mentions the light we see Leia, it seems she and the Resistance have assumed or been given control of the remaining Republic military. Does this also mean she is sensing the light side of the force in Leia and that she is also one of the Last Jedi? We’ll see… 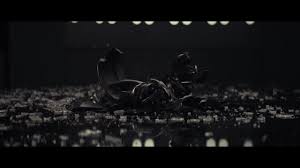 Next she mentions the dark and we see Kylo’s smashed helmet – I kinda preferred him with it but I guess it shows him stepping out of Vader’s shadow.

Next we see a Jedi library, rumours are the Journals of the Whills are here. I found the background reminiscent of Bendu from Rebels, wich given the reference the the Balance could be significant.

Next we jump to these cool craft. At first I thought they were pirate-y type ships but they’ve been confirmed as Resistance craft and you can also see they’re headed towards some AT-style walkers. This planet has been confirmed as Crait, the site of a Rebel base and will be significant in the film.

Next we see Poe and BB-8 in an emergency on a Resistance base/ship. I was worried that BB-8 didn’t feature much in this trailer, but in the panel Rian Johnson stated that his biggest advice from JJ Abrams was you can’t get enough BB-8 so I’m relieved about that!! We also see A-Wings here and later in the trailer.

It looks like we’re going to get more information on the destruction of Luke’s Jedi, which has fueled his decision to end the Order.

I just love seeing big space battles so this was probably the highlight for me. Again I assume this is a Republic fleet now commanded by the Resistance. Rian said the that First Order are hitting the galaxy hard so my guess is this takes place near the beginning of the film, with maybe Rey sensing the turmoil in the galaxy but Luke urging her to complete her training. I like the ships, I think they evoke the style of the Nebulon-B and Hammerhead ships of the Rebellion while still looking  original. I am mentally pre-ordering the visual dictionary already!! 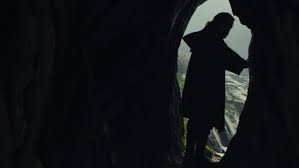 We finish with Luke’s words – “it is time for the Jedi to end.”

The prevailing opinion is that Luke is dismissive of the Jedi way and will create a new balanced “Grey” order. I disagree.

My basis for this is Luke’s quest to find the origins of the Jedi and also his response to Rey – “there’s so much more.” I believe that Luke has discovered the original purpose of the Jedi Order, which has now been fulfilled and it is time to transcend and create something new. Something in those books has given Luke a new understanding of the Force which will change the way they interact with it.

I have no idea if I’m right, but either way I can’t wait to find out!!!

You’re only posting about his now – have you been living under a rock or something?!!

No, sarcastic reader, I was in South Africa, on a game reserve with Warthogs and Hornbills wandering around as I eat breakfast…still feeling smug huh?

Anyway I’m catching up on the panels but in the meantime here’s the trailer for Rebels which was been confirmed as the final season – wonder where they’re going to go next.

I’d seen the image of Thor with his swords but I didn’t think they’d destroy it!!!

Cool to see Thor in the wider galaxy and giving a very different feel to this from the previous Thor films.