In this post I’ll be covering the other key characters who appear in the first mission. None of these are new characters to the franchise, but I haven’t blogged about them before so I’ll give a brief overview here as well as cover their involvement in the game. 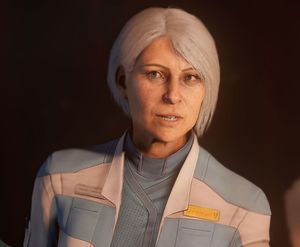 A scientist of incredible brilliance Halsey was brought into the UNSC to combat the growing insurgency threatening stability. Her solution was to create new soldiers by abducting children with key genetic markers and augmenting them to become the Spartans. When the Covenant arrived her Spartans became the key defence against their onslaught. Despite this in the years after the war she was looked upon with distaste for her actions in creating the soldiers. After years of internment and interrogation by the UNSC she was brought to Requiem, where she was captured by Covenant forces. After Spartan-IVs were sent to assassinate her for her knowledge she briefly turned on them, though always following her own agenda. After leading the Covenant to the Absolute Record, which contained the location of all Forerunner technology, she tried and failed to gain control of it for herself. When Guardians began activating across the galaxy she betrayed her location and became a key ally in the attempt to stop their activation. She is currently on Sanghelios, finally reunited with her most powerful creation – the Master Chief.

You can read about Halsey’s encounter with the absolute record in Halo: Escalation 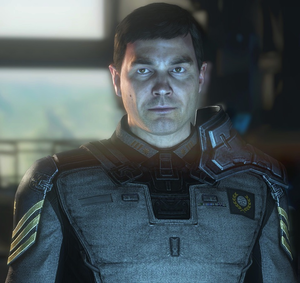 Thomas Lasky first encountered the Chief as a cadet at the very beginning of the war. He rose through the ranks in the war, serving on the Infinity after the conflict had ended. He was reunited with the Chief and aided him during the battle of Requiem. After his superiors refused to fight the Didact he was given command of the ship and it’s battlegroup. He led a second campaign on Requiem to investigate the planet and root out the Covenant occupation there. When the Guardians activated Lasky co-ordinated the investigation from the Infinity then led a tactical retreat when they reached Earth.

You can see Lasky’s early life in Halo: Forward Unto Dawn

After a decorate career as a marine Palmer became one of the first candidates for the SPARTAN-IV programme, quickly rising to become the commander of all forces. She co-ordinated deployment during the Requiem campaign and personally led the mission to assassinate Halsey. She continued to co-ordinate Spartan forces, aiding Fireteam Osiris during the battle of Sunaion.

You can read about Palmer’s rise through the ranks in Halo: Initiation

A fierce shipmaster who struggled to find his place after the war. He believed the the Sangheli should finish off humanity while they were in a weakened state, but was met with opposition by the Arbiter. He was briefly imprisoned by the UNSC and learned of Requiem and the Didact. He led a group of his people there, reforming the Covenant to give them strength. Upon encountering the Didact he took the title Didact’s Hand, pledging his people to his service. He continued to occupy the planet Requiem after Didact’s defeat, striving to take the planet’s secrets for his own ends. He worked with Halsey to gain more power until she betrayed his location and he was assassinated by Fireteam Osiris.