I almost didn’t write this post but then my inner 15-year old reminded me of the sheer joy I felt on getting my Essential Guide to Weapons and Technology, so inner-child – this one’s for you!!

An outdated model produced by BlasTech the EL-16 remained popular among outliers and smuggler, including Han Solo. A number of New Republic surplus models, including a Heavy Field Edition rifle used by Poe Dameron were donated to the Resistance 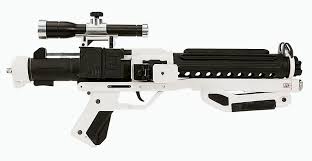 In order to circumvent New Republic trade embargoes against the First Order BlasTech conspired with Mers Sonn to create a joint subsidiary called SonnBlas, which operates exclusively within First Order space. The F-11D is the standard weapon for all Stormtroopers and is a reliable and versatile weapon as shown by Phasma’s chromium edition which is modified for long range sniping as well as close combat use. 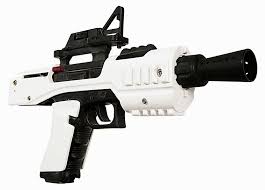 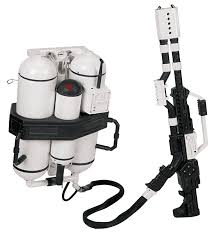 A weapon of terror the D93 is used by specialists to flush enemy combatants out of hiding and into the crosshairs of the rest of the squad by using a piezoelectric charge to ignite a highly flammable compound. 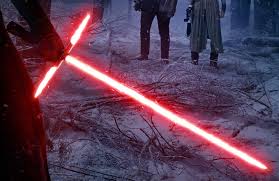 An ancient design, dating back to the battle of Malachor between the ancient Sith and Jedi, this lightsaber features two quillons which jut out above the user’s hand. Kylo Ren used this model to vent the energy running through his cracked kyber crystal, which otherwise might have overloaded his weapon. 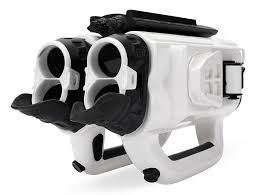 Quadnoculars are used to overlay different spectral images onto the users vision to provide greater data of the battlefield. I at first assumed this was advanced technology, but they also showed up in Rogue One so I guess they were fairly standard 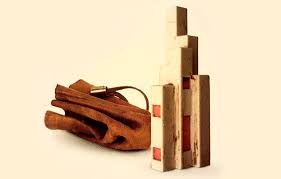 Lor San Tekka kept the map to the First Jedi Temple hidden in an antique data storage unit. The data could still be interpreted by modern analytics carried within BB-8.