It feels like forever since we’ve had a decent Marvel trailer. This film is a bit of a mystery and with out of nowhere hits like Guardians of the Galaxy it’s easy to lapse into the attitude of “I have no idea what’s going on…but it’s Marvel so I’ll probably enjoy it!”

With that said I do find the trailers don’t grip me like they used to. Perhaps it’s saturation after nearly 20 comic book films or acceptance of the fact that I will always be outclassed as a Marvel nerd and Marvel now has to take second place to a growing Star Wars franchise but I find I’m no longer obsessively combing through these trailers like I used to. 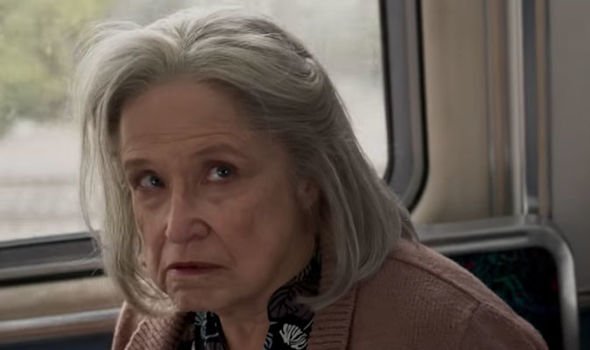 We get extended footage of Brie Larsen punching an old woman in the face, this time revealing her true nature as a Skrull. I like the fact that the Skrulls are called out early on in the trailer and we get a look at Ben Mendelssohn’s character briefly both in disguise (as himself!) and as a Skrull.

I think the potential for a shapeshifter-invasion plot is really fun, and I know there have been some epic storylines in the comics telling the story of the Kree-Skrull war. The space battle stuff looks insane!

Two things I’m not so keen on: Firstly her powers. I hope we get a good explanation for her powers (and yes, I’m aware there probably is a veyr good one in the comics!). It just seems very similar to the Inhumans but it’s clear that none of them are on the same playing field as her in terms of power. Also, and again there may be an explanation for this, but do the Kree ever take this power for themselves or just give it to humans?!

Secondly them helmet. Yes I know it’s from the comics and I can see the way they’ve filmed it to be epic, but honestly the whole thing just looks dorky to me. I think she looks far more epic without it and I hope the times she wears it in space are kept to a minimum.

OK enough negativity. I thought the interaction between her and Fury was great. I like the younger Fury looking in admiration to her. Even with the Avengers he always holds himself on an equal or superior footing despite his lack of powers but with her there’s a clear respect. I also loved this scene and the very 90s looking Quinjet!

So yeah, it’s a Marvel movie and I have no doubt I’ll enjoy it to the full. While this is essentially a stepping stone to Avengers I think what we’ve seen shows that this character deserves an origin story before coming to help dethrone Thanos later next year.

Well the rumour mill says the Avengers trailer is out soon, so look out for a sluggish reaction to that too!