Mimics are a race of unknown origin who landed on Earth and quickly conquered much of Europe. They unerringly anticipated their enemies strategy – earning them the name mimics but truthfully they were able to achieve this by manipulating time to repeat a battle until they won it

I just love a properly weird alien design. The knotted black tangles of the Mimics conveyed immediate threat and also varied the ways they attacked, making the Edge of Tomorrow antagonists truly alien.

Here are my three reasons for why you should play the game as well as three things I think you might want to know.

It is a great Star Wars game and…come one, it’s free, why not play it?! It is available on Xbox Live from February 16th till the end of the month so snap it up now!!

This was one of my all time favourite Star Wars games so if there’s any interest I’d gladly do a series of posts going deeper into the story.

The design for General Daeruun in the new Jedi Under Siege expansion really caught my eye. It’s great that their creating new species in that universe and I think this one deserves to make the leap to Canon one day.

I rarely blog about news and, as usual I’m slow out of the gate but I was so impressed by what I saw recently over this news that could have easily dissolved into fiasco but instead was resolved amicably and professionally.

First off I am so glad to get confirmation that the announced Star Wars trilogy is still going ahead.

After ‘Suberbros Movies’ released the story there was a flurry on the internet about Johnson’s work being cancelled for different reasons.

Johnson eventually had to speak out, but did so giving respect to the news outlet, despite many in the fandom turning on them. With so much negativity on Twitter towards Johnson he did not need to comment at all, much less in such a genteel manner.

What happened next continues to impress. Superbro Movies acted like grownups and issued a retraction and apology to Johnson, emphasising that their story was based on what they believed to be reliable sources and was not born out of any negativity toward Rian.

Despite having cleared the air and being respectful to a rumour that must have at least made his day more challenging Johnson went out of his way to express that he felt no ill will towards them and graciously accepted the apology.

This is such a great example of online interaction to a difficult situation done with integrity and understanding.

I for one think we should all look to this when interacting online.

Still no news on a release for the trilogy but I’m sure it will be worth the wait!!

Join me as I look at the factions in The 100 that don’t belong to the coalition. In this video I will be discussing the Nomadic Grounders, Reapers, Mountain Men, Second Dawn and the Eligius mining crew

I hope you’ve enjoyed the Trigedasleng vocabulary. For translations I have used the Slakgedakru online dictionary Telongeda

It is a really useful resource. Slakgedakru are a community who are interested in the language and are developing their own additional vocabulary to the language. The site is well worth a visit and they even have a Memrise course to help you become fluent!! 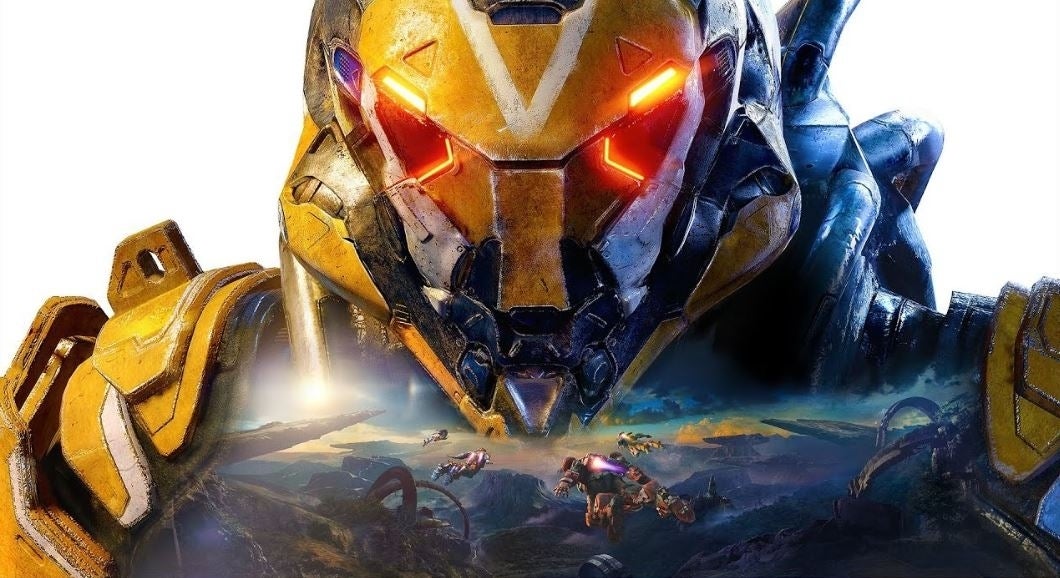 I had a brief hands-on with the Anthem Open Demo this weekend and I wanted to share my thoughts on the game. In short it was a lot of fun – I’ve genuinely not smiled as much while playing a game from sheer enjoyment! 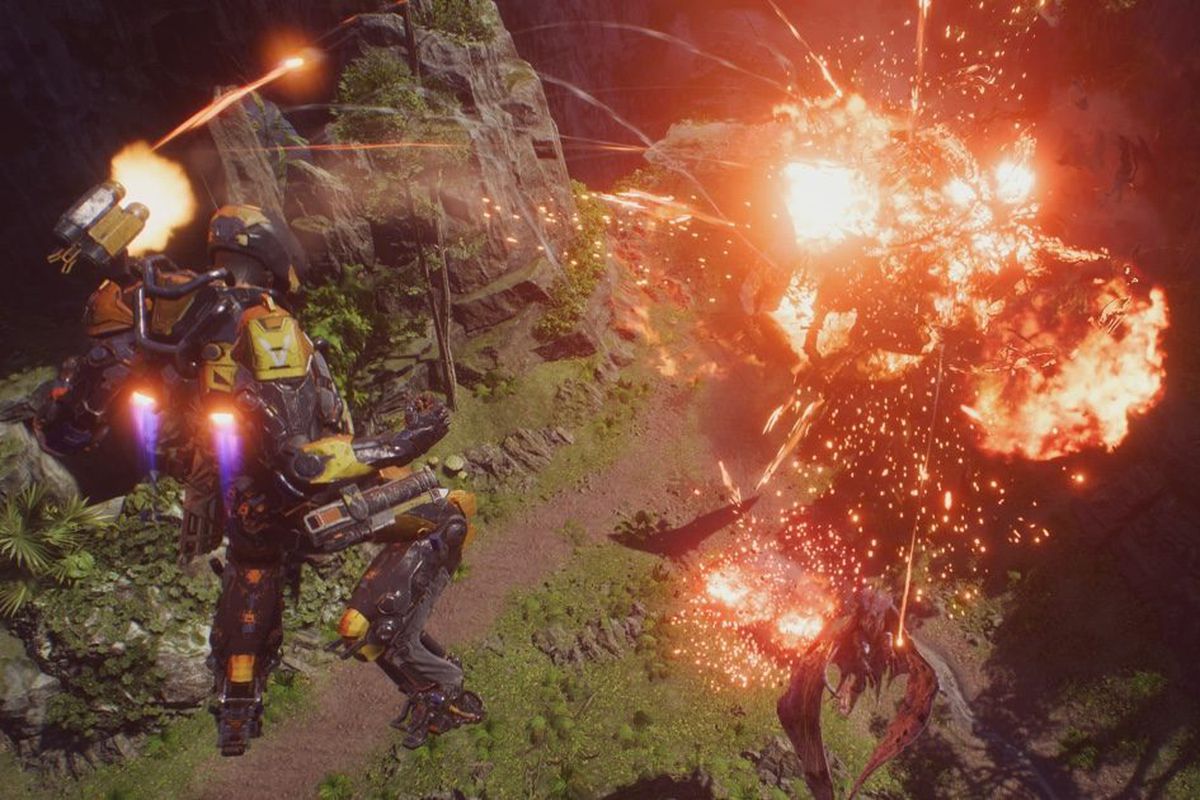 Waiting for that ultimate ability is sooooo worth it!

The gameplay was a lot of fun and, for the most part, fairly intuitive. After a mission briefing I hopped into my Ranger Javelin and was out in the world. On the fly pop up messages got me throwing grenades and unleashing special attacks amid the variety of enemies available to fight.

The one control I struggled with, at first, was flying. The only control guide that was available took me out of the game and opened up a web browser, which was confusing. So I went back into the game and tried various combinations but ended up just double-jumping assuming I hadn’t unlocked flight yet!

Eventually I figured it out (press/hold left stick) and the game became incredibly fun. Flying is seamless and while I did crash into things…a lot, it was definitely because of me rather than the controls and within a few minutes I had the hang of basic flying. 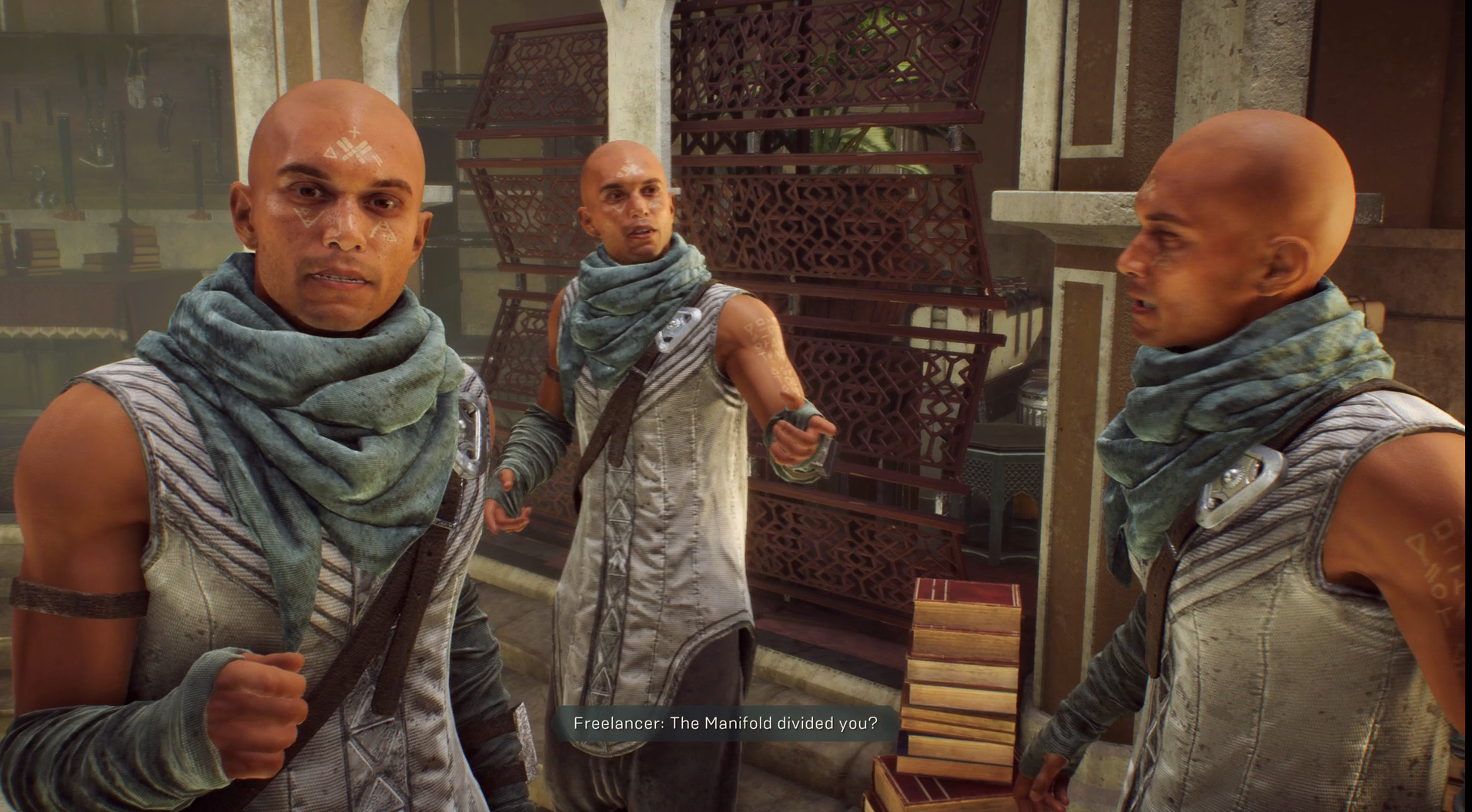 I was prepared for an engaging story from Bioware but what I wasn’t prepared for was just how bonkers the world and story would be!! The mission has you retrieve an artifact for Matthias who turns it on and is immediately split into three versions of himself each with a distinct element of his persona!!

The short time I had with the game managed to take me by surprise in a lot of ways with unexpected moments happening organically as I played.

As much as I was awed by the crazy happenings in cutscenes I was itching to hop back into my Javelin and get back into the world, which is so rich. It’s hard not to compare Anthem to Destiny or to want to be ‘better’. I won’t weigh in on that debate as I enjoy both but Anthem is definitely not the same as Destiny.

For one thing there are more human factions. Freelancers are not the only ones with access to Javelins and powers. One mission got my squad into a rumble with the Dominion, the enemy human faction who want to control the Anthem of Creation. Another sent us to reinforce some Sentinels, the peacekeeping force in Anthem. 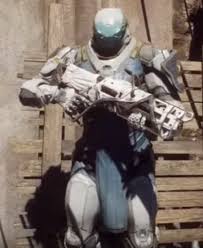 What also makes the world great are all the creatures. They add not only danger but a sense of the unexpected. My first mission I was looking all around to see what enemy was attacking me – I eventually looked up to see three Wyverns (dragons) hovering above me. Later I did my usual practice of throwing a grenade out at random (oh come on, you know you do it too!) and awoke a pack of Anrisaurs (giant crab thingies – see below) who attacked me squad. 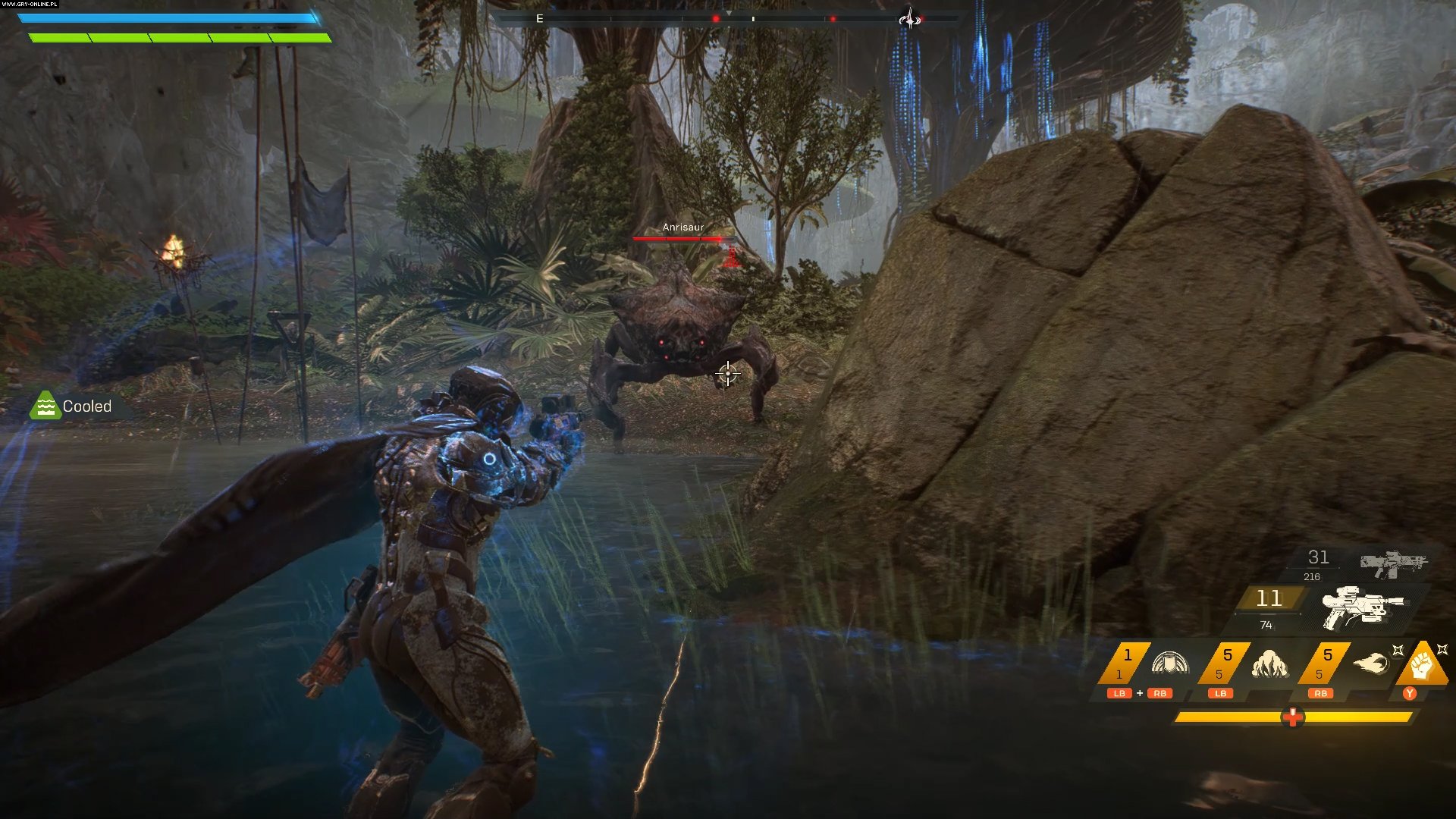 My only complaint was that it was hard to visually distinguish a lot of the enemies who seemed to blend into the background and you had to get suicidally close to get a proper look at anything or see what they were called.

That said Anthem seems to be set up with an excellent lore system, which is BioWare’s forte and I’m sure we’ll get some hi-res shots of all the enemies after launch.

Like I said nothing has genuinely made me smile like the fun, crazy dangerous world of Anthem and I can’t wait to get back into my Javelin for the full game

I love obsessing over what’s been added to the Star Wars galaxy in books, comics and more. In this post I look at all the planets, species, droids, ships and more that have been created for Canon or brought back from Legends in the novel Star Wars: Aftermath