Appearances: Attack of the Clones, The Clone Wars, Darth Vader

Geonosians were an insectoid race native to Geonosis and arid, desert planet. They lived in a hive culture with Queens ultimately in control over various castes including mindless worker drones, winged soldiers and administrators who wielded significant power. They rose to prominence due to their large  factories which mass-produced battle droids for the Seperatists. After the conclusion of the war the Empire sterilized the whole planet to preserve their secrets and the race became extinct apart from one solitary queen.

I’m watching the Clone Wars series for the first time and I really enjoyed the invasion of Geonosis. The big-scale battle was well done and the horror element as the clones sneak through the cave while being attacked by solider drones popping out of the shadows. Like most fans I gripe about Episode 2 but the Geonosians were a great design. 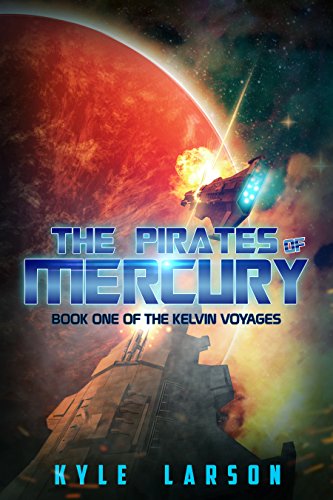 A young prince defies his father to bring unity to the solar system. An old king grieves over the loss of his daughter. A name is whispered and feared across the planets: The Pirates of Mercury, just a myth or something real and dangerous?

I picked up the Pirates of Mercury after hearing Kyle talk about his work on The Writer Experience podcast (check that out by the way!). The idea of humanity fully occupying the solar system with each planet being it’s own Kingdom with a unique culture really grabbed me so when I got the chance I picked it up.

The story centres around Kelvin Sellwood who undertakes the Traditions of Service, a rite of passage for rulers who wish to take the throne. He must journey to each Kingdom and perform a service for the ruler of that world before moving on to the next in a show of unity and as an opportunity to build alliances.

While Kelvin has noble intentions he also has an agenda of his own; to track down his lost sister. This proves his greatest challenge as it becomes clear her fate is tied up with the elusive Pirates of Mercury.

OK, I think that’s all I can say without going full-spoilers on you. The story is a YA sci-fi adventure set in a rich universe with plenty of potential for growth. I liked the characters of Kelvin and his best friend Amelia and thought they developed well across the book and Kelvin’s parents and the other supporting characters felt real with hints at their backstories scattered throughout.

If I had to make a criticism (this is a review after all) I would say that the first two chapters are quite exposition-heavy out of necessity. My advice would be to power through them because the story gets into the action quite quickly after that and the reveals and twists from then on happen organically as Kelvin travels to Mercury and seeks out his sister.

I found this book particularly inspiring as I wanted to see what a self-published author could achieve as it’s a route I’m hoping to take with my own writing sometime soon. I was both impressed by what Kyle has pulled off and inspired to push on with my own work.

I’ll finish by saying that this is an engaging sci-fi read. It’s a fun adventure and the voyage across the nine worlds made me eager to pick up the sequel, which isn’t something I can say often.

If I have thumbs up it would definitely get one from me!! 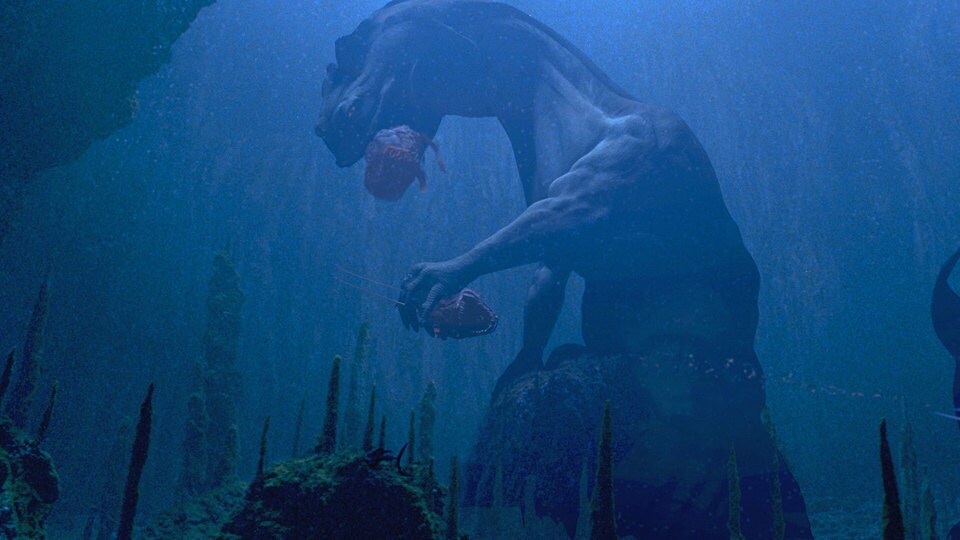 The Sando Aqua Monster was an enormous creature that dwelt in the hollow planet core of Naboo. It was a capable swimmer but was also able to stand on it’s hind legs like a bipedal land creature. It hunted other monstrous creatures of Naboo’s deep such as the Colo Claw Fish. They rarely ventured onto land with the exception of one incident when a female pursued poachers who had captured one of her young.

I had to make this my species of the week after seeing John Hoey’s ‘Jacked Fish’ post on Twitter. Because you have to admit, he’s pretty jacked!!

Wyyyshokk are a large species of spider native to the wilds of Kashyyyk along with a number of other deadly species. They attack by shooting webbing at their victims then pounce on them to finish them off. They are a deadly threat even to enemies armed with blasters as they have thick hides.

I really enjoyed watching the gameplay demo for Jedi: Fallen Order and reading the information about the assault on Kashyyyk. Seeing these creatures return from Legends to tangle with a Stormtrooper patrol then prove a significant threat to your Jedi main character made me really excited to play the game

I caught up on Independence Day: Resurgence when it was shown on TV and after it had sat in my DVR box for a while. Watching it confirmed my decision after watching the trailer that it would be a fun watch, but not worth shelling out to see at the cinema.

The whole setup of humanity being united and better equipped but then easily overcome by a much bigger spaceship felt too much like a rehash of the first one. Humanity had all these amazing weaponry but they basically did nothing with it and were on the ropes quickly. Of course the whole underdog thing is more compelling viewing but it just felt repetitive to me.

What they should have done, in my opinion, is spend more time on the mystery of this alien object that they shot down. This to me was much more intriguing and as the movie ended with the promise of humanity taking the fight into outer space that suddenly got me interested but far too late into the movie.

The film managed to capture what the first one did so well, massive destruction. I have to admit I was impressed with the scale of the mothership but the problem is it’s been released after two decades of disaster movies so the devastation it’s landing caused didn’t have anything new to offer in terms of spectacle, no matter how well executed the sequence was.

Again the whole technology thing didn’t really work for humanity. Most of the tense moments came around them charging these giant guns, which were always destroyed first. I just couldn’t stop thinking they if it takes ten seconds to charge shouldn’t you have been charging them ten seconds ago?!!

For a fun evening watch on TV it was just fine, but that’s all it was and it’s unfortunate it had such big shoes to fill and that it took too long to still be relevant. I do hope they make a third so I can see the fight go to space and I look forward to seeing it eventually from the comfort of my own home!

I catch up on some achievements I’ve earned playing Mass Effect: Andromeda and talk about my overall impressions of the game Achievements unlocked: 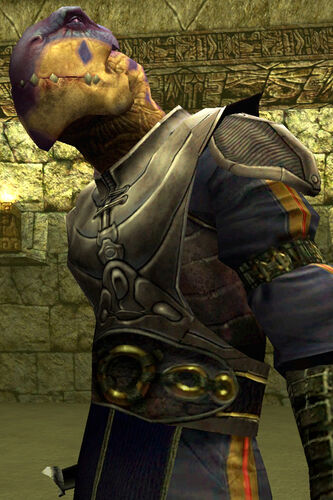 The Chistori were a physically dominating reptilian race who lived in relative obscurity. Those known to the galaxy were typified as aggressive and short tempered and often took up professions such as assassins and bounty hunters. Desann was initially a student of Luke’s Jedi Academy but impatient with his teaching he fell to the dark side, murdered another student and became leader of the Dark Jedi of the Reborn Order, eventually leading a failed assault on the Jedi where he was defeated by Kyle Katarn.

I’ve been feeling nostalgic for Jedi Outcast since using the the infamous Bryar pistol in Battlefront. I would say it’s my favourite Star Wars game by a clear margin and it had such good characters including an original looking and compelling villain. I can’t recomment it enough if you haven’t played it.