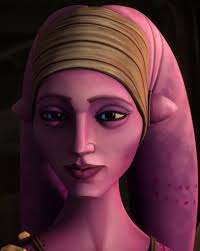 Twi’leks were a common sight across the galaxy. Coming from the impoverished world of Ryloth they were frequently the target of slavers due to their attractiveness to many other species. Twi’lek physiology was compatible with other species, including humans, and they could produce offspring with shared genetic traits.

I enjoyed the Clone Wars episode ‘The Deserter’with the Clone who’d settled down with a Twi’lek wife and their two children with mostly Twi’lek features apart from their shortened Lekku. I found this really interesting, especially as Jacen Syndulla has predominantly human features despite being half Twi’lek. I’ve never liked the designation ‘near-human’ given to people like Dryden Vos but if this cross-breeding is common across the galaxy then it is unsurprising that there are a number of beings who don’t quite fit into a set species. I do not envy the work of a Star Wars galaxy immigration officer!!