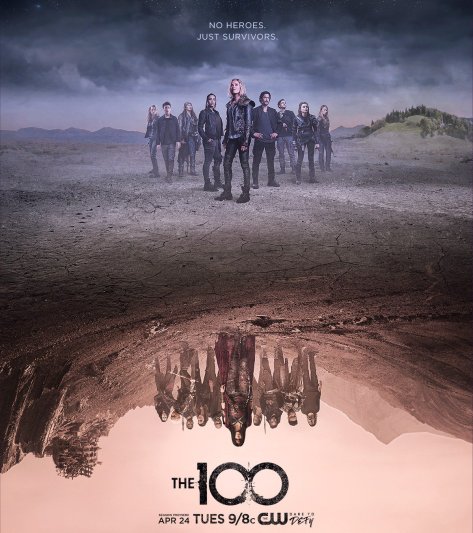 Well we finally have an air date for Season 6 in the UK and it’s pretty soon so I thought I’d try and get this review out before it starts.

The 100 is one of the few programmes to maintain (and I would argue improve) quality over it’s runtime, especially as it strays further from its original premise. The showrunners consistently find ways to keep each series fresh. 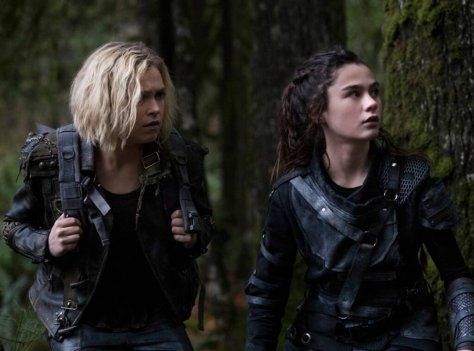 Clarke has always been pushed to her limits and this series was no exception. But this time it was motherhood that pushed her to extremes.

Having found Madi, and some peace following Praimfaya, Clarke was pushed to take drastic action to keep he safe, first from the prisoners then from her fate as nightblood and Heda, making her a rival to Octavia’s throne.

I liked Madi and thought they developed her character well. She wasn’t the typical petulant teenager (when Clarke told her to stay in the car she did) but when the fate of her people was at stake then she stepped up even when it meant defying her adoptive mother

Blodreina and the Dark Year 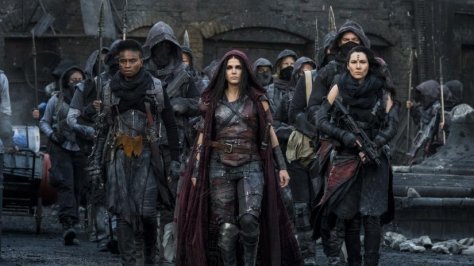 Things are even more intense for Octavia. After uniting the clans to form Wonkru she was forced to create a brutal regime to survive and became Blodreina – the Red Queen.

The show delivered on all the hints to ‘the dark year’ it dropped, showing what pushed them over the edge and why they were so fanatical in wanting to leave the bunker behind and reclaim the earth. 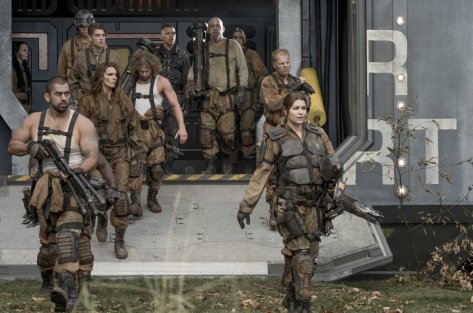 And things might have gone smoothly if it weren’t for the arrival of a group of prison labourers who’d been in cryo and weren’t aware of what had happened to the Earth? One of the best moments was when they asked Clarke how the world ended and she replied “which time?”

Their leader Dyioza was a mirror of Ocavia, forced to be a strong and brutal leader to protect the people she was protecting. Sadly the more violent and unstable members of her group drove the two factions to war.

Bellamy and the space gang 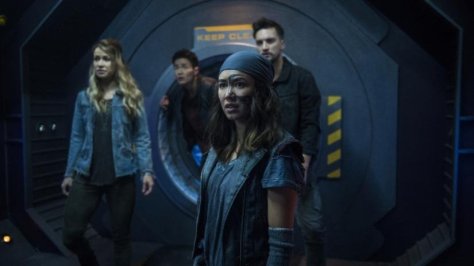 Not to be forgotten are the rest of the main cast who had remained in space for 5 years. They were well placed as the wildcards, not tied to either faction and seeking to fund a better way.

Particularly moving was Bellamy’s reunion with Octavia. The roles were reversed after Bellamy’s fall under Pike’s sway now it was his turn to forgive and restore his sister.

Monty, Harper and the new book 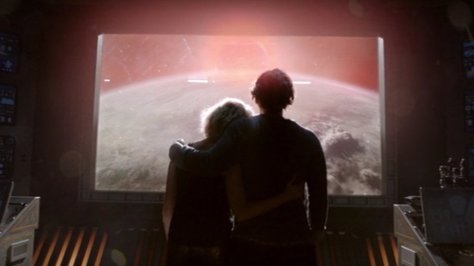 In the final scene came the shock revelation that, after McCreary bombe shallow valley, Monty and Harper had stayed out of cryo in orbit and realised the Earth would never recover from this final blow. So they chose to travel to a new planet and, 125 years later, their son woke up Clarke and Bellamy to see it, ending Book 1 of the series.

There’s so much else I could talk about buy think I’ll leave it there. I can’t wait to watch the new series. If you liked the Trigedasleng – I’ll be posting a word of the week on my Twitter page during the run of the 6th series. 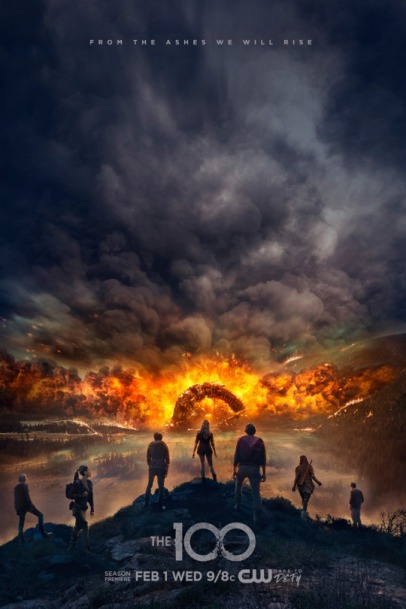 I thought I’d revive an old Blogga the Hutt tradition – the classic out of date review of The 100. We still don’t have an air date for series 6 so to fill the void I’ll revisit series 4 and (hopefully soon!) season 5 to refresh my memory. 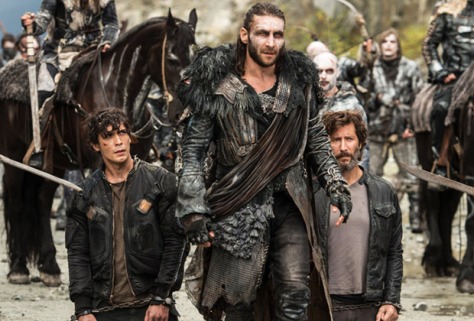 Roan had proved himself a useful ally to Clarke and Lexa during the ALIE crisis. But his people still hungered for domination and he grew mistrustful of Clarke after she kept him in the dark. In the power vacuum after the death of Lexa it was easy for Roan to seize control of Polis, though it was ultimately to be a short lived victory. 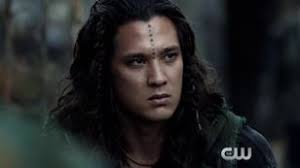 This series introduced us to new character Ilian from the Trishanakru tribe. We saw his perspective on the ALIE crisis as he awoke mere seconds after killing his mother when compelled against his will. This experience lead him to despise all technology, even the sacred ‘flame’ used by the Commander. He gathered followers and sought to destroy all technology, sabotaging Clarke’s efforts to save lives. 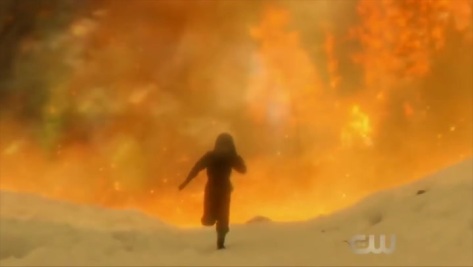 The greatest threat in this series was revealed by ALIE who stated that her forcing people to take the chip was actually a desperate attempt to save humanity from the combined meltdown of all nuclear reactors which the Grounder dubbed Praimfaya, their name for the nuclear war that wiped out civilization. This threat, and the realisation that it wouldn’t be stopped was what drove Clarke and others to push all their limits in a desperate attempt for survival. 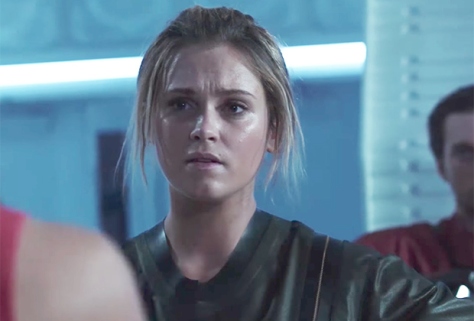 This season pushed Clarkre harder than ever as she had to first keep the secret of Praimfaya. She created a survival bunker, knowing that it would only contain 100 people. I really like the way the showrunners keep finding ways of making the title relevant. Later she went even further, resorting to experiments using her nightblood to trial radiation resistance on unwilling subjects. In the end she found her humanity in the only way she could, by saving her friends.

Jaha and the Second Dawn

After pursuing the City of Light and bringing ALIEs control on the world Jaha was desperate to redeem himself. His efforts ultimately did prove successful as he found the Second Dawn cult bunker that saved the remnant of humanity but even then his need to control was misplaced as he tried to seize control of the bunker for Skaikru alone.

Octavia and the Final Conclave 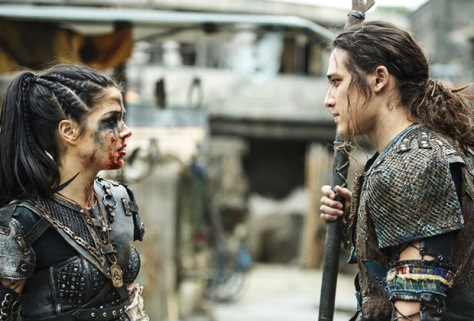 The series came to a dramatic conclusion as the tribes each chose a warrior to fight for whose clan would get to claim the bunker. This was basically The Hunger Games but it really worked and made sense in the setting it was in. The added tension of having known characters like Roan and Ilian in the fight made it extremely tense, along with Luna’s conviction that if she won humanity would be allowed to perish. But Octavia’s victory the the formation of Wonkru was a true surprise result, with each clan choosing 100 members to form a new clan and survive.

The 100 is one of the few shows to go from strength to strength. I’ve truly enjoyed all the seasons so far and season 5 was also a great one and I can’t wait to reminisce on it soon

I’m really enjoying looking into the various clans of the 100. This time I look at the two big ones – Trikru and Azgeda

I’ve always been fascinated by the various clans and groups introduced in the 100. With Praimfaya wiping the slate clean and a new faction arriving I thought it would be a good time to look back on all the clans, starting with the most obvious: Skaikru

If, like me, you enjoy listening to Trigedasleng the Grounder language – I got the translations I used for the video from an online dictionary

I hope to get my next video out for next week – thanks for watching!

The third series pushed things a lot harder, with Clarke pushed to the edge after her devastating decision in the last episode of series 2. I thought that Bellamy’s change of loyalty was a bit contrived but the other characters like Jasper and Monty were really pushed to the limit in a believable way. 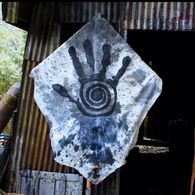 The Ice Nation were the key antagonists for the first half of the series, driving a wedge between the Ark survivors and Trikru, with whom they had an alliance. One of the most powerful clans, they sought to take command from Lexa until she killed their queen.

The next set of antagonists came from within. The survivors of Farm Station crashed in Azgeda territory and had a brutal fight to survive. This fight hardened those left, including Christopher Pike and Monty’s mother. Pike swayed Arkadia’s populace into voting him Chancellor and he took action against the Grounders, believing that wiping them out was the only way to survive. 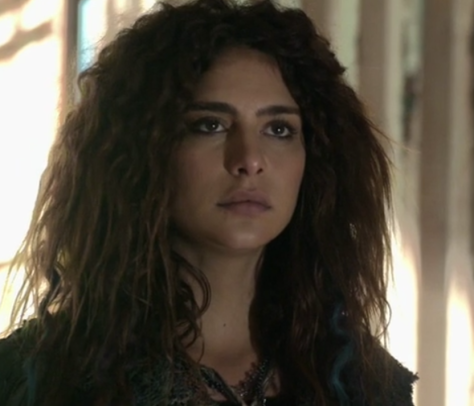 We finally got to see Luna and the boat clan who’ve been hinted at since the first series. Living on an oil rig they are lead by Luna, who rejected the path of the Commander, choosing to live in isolation. When Clarke asked her to take the flame she refused after seeing the violence brought about by fighting ALIE. 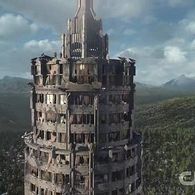 We finally got to see Grounder city in this series. Set amid the remains of a city devastated by Nuclear war it’s one tower served as Lexa’s throne room, where the coalition was headed. The city also served as a trading hub where the different clans came together. 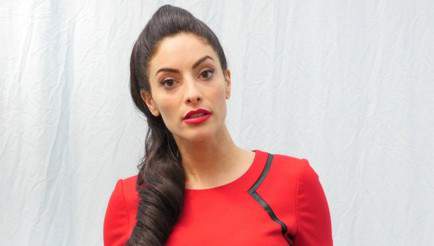 ALIE was an artificial intelligence created by Becca to save humanity. Deciding that the problem was ‘too many people’s she accessed Earth’s military networks and initiated a nuclear war that reduced the population to a handful of survivors. Her creator’s response was to create a new AI that fused with a human, making its needs the same as humanity’s. Becca fused the AI to herself and rallied the survivors – becoming the first Commander. When ALIE took control of the populations of both Polis and Arkadia, using the network City of Light which eliminated pain if users relinquished control, Clarke temporarily became Commander and finally removed the threat.


Clarke’s victory looks to be short lived as ALIE revealed another impending Nuclear meltdown in her final bid for control.